After checking out of our apartment, we jumped onto a ferry across the Rio De La Plata to Colonia Del Scramento, waving goodbye to Argentina and saying hello to Uruguay, making it our 13th country in 10 months on our trip!! Not bad going at all. Thanks to the gail force winds and thunder and lightning storm the day before we set off on the ferry, the crossing was similar to climbing inside a washing washine and set it on spin for an hour and a half!!!

When we arrived off the bouncy boat, feeling a bit rubbery in the legs, we were met with a quaint little sea port, with cobbled streets and lots of golf carts wizzing around! As the town is so quiet and small, this is the norm here and if it wasn’t for the hefty $50 a day price tag, we would have definately got involved, which some of them were really pimped out. 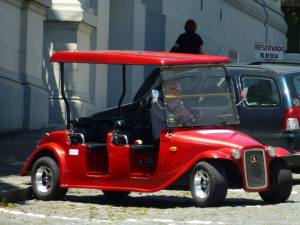 Colonia is a UNESCO world heritage site and when you take a walk down any street in and around the old town, its really easy to see why. The place is so rich in historic architecture from when the Portuguese had a colony here. It was also taken over by the Spanish, Barzilians and then eventually taken back by the Uruguyuans, which again lends itself to the rich blend of varied architecture. Coupled with beautiful seaside views and tree lined streets, you can easily see what all the fuss was about. 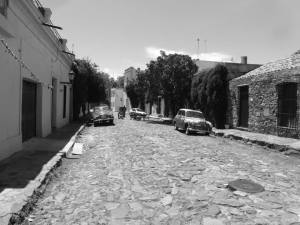 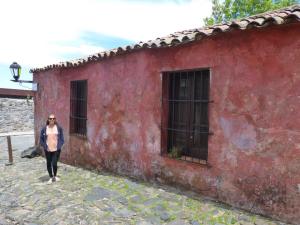 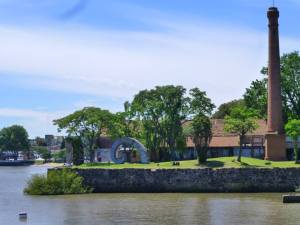 As well as admiring the old streets, remains of the old fort, lighthouse, piers and many old buildings. Colonia is also very famous for its artisan products such as mate cups, leather gaucho products such as hats, boots, jackets, knifes and ofcourse food products such as dulce de leches, breads, hams and cheeses. 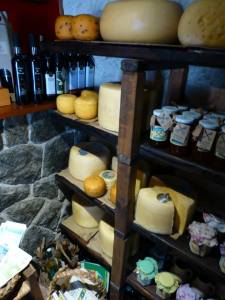 If your really lucky, aside from the old cars which I think have now became a permanent feature of the old streets and don’t move on a daily basis, you might also catch a glimpse of old american cars such as cadillacs, just cruising around the streets and taking in the sun.

The town is a picture perfect place and so often missed by travellers, who even though are only 1 hour away from Buenos Aires (making it an easy day trip) completely miss this tranquil old port town.