Just like with Australia, we had also shortened our stay in New Zealand, to allow us more time in South America, as the money would go much further. Unknowing at the time, this was possibly the best decision ever, as New Zealand was even colder than Sydney and we certainly did not have enough gear to keep us warm. If you think of the scene from ‘Cool Runnings’ were they all walk out the airport and freeze to the spot when they see the snow, that was kind of like us in New Zealand. Pulling everything out from our bags and layering up. Leaving the airport looking like Michellin men.

We had narrowed down our 2 weeks in New Zealand to hit two spots, Rotorua for its Maori culture and Geothermal parks (thinking this meant it would be warm) and Auckland as its the capital and makes sense. We had hired a little car for our trip to Rotorua, which was very easy to get used to because the Kiwi’s are really smart and drive on the same side of the road as the UK……nice. We were used to 5-6hour journeys being like a commute at this point, so 3 hours to Rotorua from Auckland was a walk in the park really. Apart from when it takes 6 hours because of traffic and is pitch black for 70% of the journey because of it being such cut off countryside.

The hostel we stayed in Rotorua was just what we needed, like in Sydney it felt like home here and the hostel we stayed in ‘Blarney’s Backpackers’ made that even more so. There was only about 30 occupants max capacity in the hostel and when we were there it was low season, so there was about 10 people max. All of us huddled around the sofa watching films on a nightime and it just had a very homely feel to it. Rather than some of the big hostels you stay in which you can just get lost in and have rubbish communal areas. This coupled with the fact the owner cooked us 2 types of soup one night and gave us as many hot water bottles and extra blankets as we desired.

Rotorua itself is a very quaint little town which is located on one of the worlds biggest geo-thermal parks and has a very small town feel to it. As well as the geo-thermal park attractions, this is also one of the epicentres of Maori culture in New Zealand, so a great blend of things to which can all be done without too much of a touristy feel.

We spent out time walking around the red woods (big forrest), local lakes, various hot pools, mud pools, the town itself and watch a geeser erupting. Because of all the geothermal activity, the town and its surrounds constantly stink of egg! Which sometimes it is bareable, other times it is really overwhelming and a bit too much!

As we are both interested in Maori culture, we signed up for the Maori experience evening. This included visited a mock Maoria tribe, learning about their traditions first hand, listening to Maori music, watching Maori dances and eating a Hangi feast, which is cooked in the ground. The night is treat very seriously and our guide was great fun. Telling us all about what to expect and how we were being treat as a visiting tribe, so would be welcomed with a warrior dance and a peace offering, which had we refused, would have meant going to war! Whilst travelling on our pretend canoe (coach), a chief needed to be appointed, who would accept or decline the peace offering and look after his tribe for the evening and guess who managed to get the honour…………ME, Chief Castling.

This involved me standing in the large entrance circle whilst the warriors came running at me and thrust their spears at my face and body, whilst i stood completely rigid and had to remain still until the chief of the tribe came with the offering of peace, which can take the form of anything, luckily for me it was a twig with some leaves on and nothing too sinister. Once I accepted the peace offering we then did the Hongi which is a tribal hello/welcoming which involves the touching of noses 2 times. Then I was invited into the village by the Chief with ‘my’ tribe in tow. It was a great night and probably the closest we would come to the authentic experience.

On our way back to Auckland we also managed to swing by Hobbiton movie set, which unfortunately without paying the very expensive tour price, you can only see mounds of hills which surround the local area and get a great feel of why this location was picked for the movie. Everything about the countryside in New Zealand was like Great Britain version 2, if you could imagine making the British countryside better, than this is what it would look like, everywhere just looks super imposed and straight off a postcard. 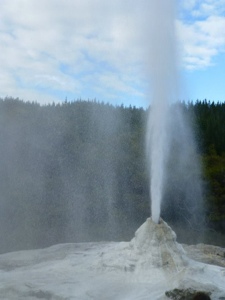 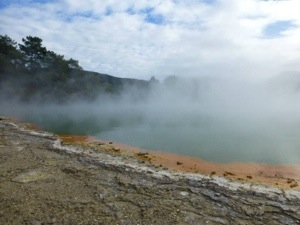 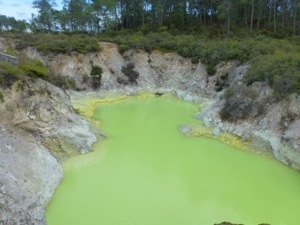 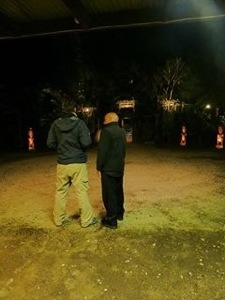 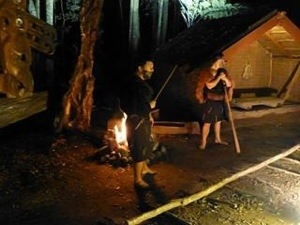 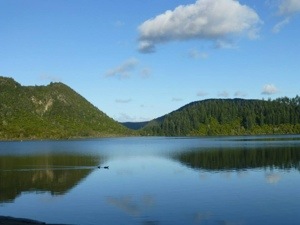 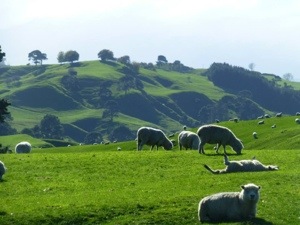